This antique Japanese made camera was used for all sorts of high speed streak photography testing in the aerospace, physics laboratories and manufacturing industries.

It is truly a work of art and a highly collectable piece of photographic history.

The terms streak photography and strip photography are often interchanged, though … For the development of explosives the image of a line of sample was … to the streak camera with repeated sampling and positioning, researchers have …

By removing the prism from a rotary prism camera and using a very narrow slit in place of the shutter, it is possible to take images whose exposure is essentially one dimension of spatial information recorded continuously over time. Streak records are therefore a space vs. time graphical record. The image that results allows for very precise measurement of velocities. It is also possible to capture streak records using rotating mirror technology at much faster speeds. Digital line sensors can be used for this effect as well, as can some two-dimensional sensors with a slit mask.

For the development of explosives the image of a line of sample was projected onto an arc of film via a rotating mirror. The advance of flame appeared as an oblique image on the film, from which the velocity of detonation was measured.

Motion compensation photography (also known as ballistic synchro photography or smear photography when used to image high-speed projectiles) is a form of streak photography. When the motion of the film is opposite to that of the subject with an inverting (positive) lens, and synchronized appropriately, the images show events as a function of time. Objects remaining motionless show up as streaks. This is the technique used for finish line photographs. At no time is it possible to take a still photograph that duplicates the results of a finish line photograph taken with this method. A still is a photograph in time, a streak/smear photograph is a photograph of time. When used to image high-speed projectiles the use of a slit (as in streak photography) produce very short exposure times ensuring higher image resolution. The use for high-speed projectiles means that one still image is normally produced on one roll of cine film. From this image information such as yaw or pitch can be determined. Because of its measurement of time variations in velocity will also be shown by lateral distortions of the image.

In December 2011, a research group at MIT reported a combined implementation of the laser (stroboscopic) and streak camera applications to capture images of a repetitive event that can be reassembled to create a trillion-frame-per-second video. This rate of image acquisition, which enables the capture of images of moving photons, is possible by the use of the streak camera to collect each field of view rapidly in narrow single streak images. Illuminating a scene with a laser that emits pulses of light every 13 nanoseconds, synchronized to the streak camera with repeated sampling and positioning, researchers have demonstrated collection of one-dimensional data which can be computationally compiled into a two-dimensional video. Although this approach is limited by time resolution to repeatable events, stationary applications such as medical ultrasound or industrial material analysis are possibilities. 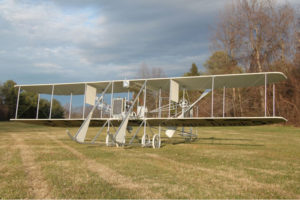 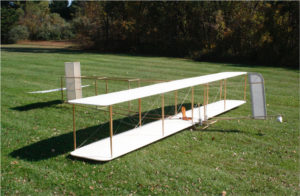 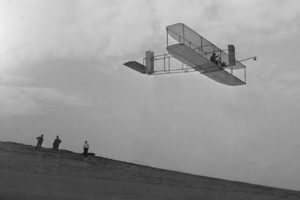 1911 Wright Kitty Hawk Glider $280,000.00
Back To Shop Checkout
We use cookies on our website to give you the most relevant experience by remembering your preferences and repeat visits. By clicking “Accept All”, you consent to the use of ALL the cookies. However, you may visit "Cookie Settings" to provide a controlled consent.
Cookie SettingsAccept All
Manage consent